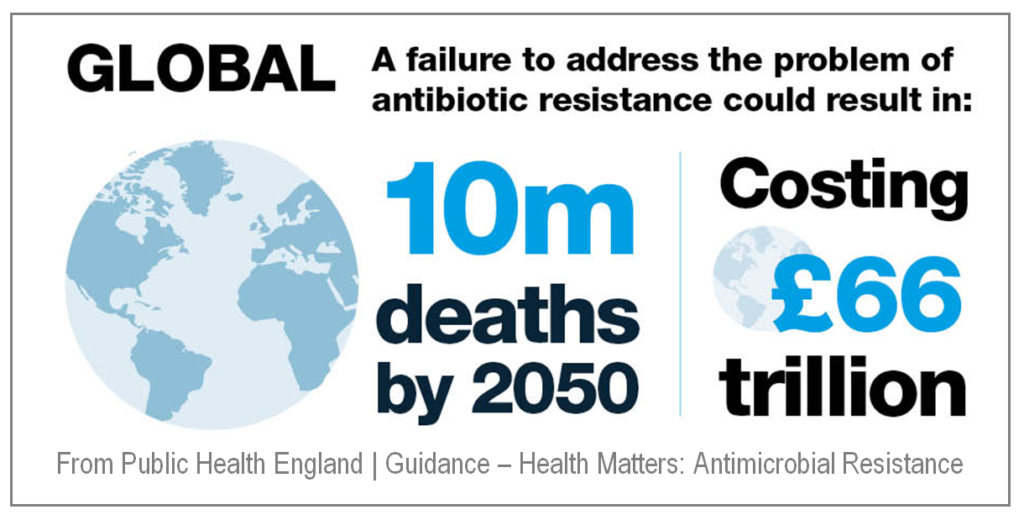 Rising antimicrobial resistance (AMR) is one of the most pressing public health challenges the world faces today alongside COVID-19. If left unchecked, AMR could wipe out many of the advances medicine has made in recent times.

While the news about increasing AMR is alarming, the phenomenon is not new. Indeed, microbes, like bacteria, fungi, viruses, and other parasites have always been developing new resistance mechanisms to survive hostile environments. As this exhibition highlights, the problem of AMR was noted as far back as the late nineteenth century. Nor is the concern about AMR anything particularly new. What is different today, is the increasing number of scientific tools now at our disposal to track AMR. Furthermore, AMR levels have increased.

Using original historical documents, photos and other material, this exhibition tracks the long history of AMR and the many different scientific tools that have been used to both understand and combat the problem. This exhibition starts with a historical overview of the rise of AMR and the anxieties it has prompted over time. It then examines the shifting ideas about the ways scientists have attempted to understand how microorganisms gain resistance at the molecular level. Strikingly, many of the breakthroughs in understanding AMR were made before there was any knowledge about DNA and the genetics of bacteria. Understanding the biological process behind AMR was further enhanced by the development of new tools to copy, sequence and manipulate DNA from the 1970s, which made it easier to identify and track AMR. The exhibition ends with an exploration of some new rapid and affordable diagnostics on the horizon which are key to optimising the use of antibiotics and slowing down the acceleration of AMR in the future.

Throughout the exhibition attention is paid to the many different scientists who have played a significant role in determining how AMR happens and developing strategies to counter the problem. Special attention is paid to the many women, including Agelina Fanny Hesse, Esther Lederberg, Mary Barber, Naomi Datta, , Ida Orskov, and Jiaji Zhou, whose pioneering work in the field has largely been forgotten.

Guide to the exhibition

The exhibition comes in two parts.

The first is a short summary designed for the lay public and students aged 15+. It can be found here.

The second, which is longer, is designed for people who want more detail. It can be found here.

The longer exhibition has eleven main sections, with a number of subsections. For those wanting a quicker read just follow the main sections.