A pioneer in the field of molecular biology, the Laboratory of Molecular Biology was the place where the helix-structure of DNA was finally determined and where the first long-surviving monoclonal antibodies were created. 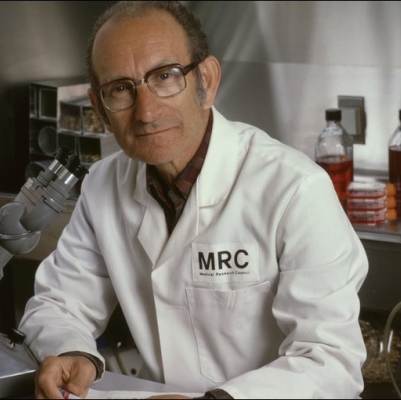 The history of the Laboratory of Molecular Biology (LMB) can be traced back to the Medical Research Council's (MRC) establishment of the 'Unit for Research on the Molecular Structure of Biological Systems' in 1947. The unit was accommodated in the Physics Department at the Cavendish Laboratory.Originally set up to further Max Perutz and John Kendrew's research with X-ray diffraction to study proteins, the unit quickly diversified into studying the structure of DNA, the mechanism of muscle contraction and the structure of viruses. It was here that Frances Crick and James Watson determined the double-helix structure of DNA in 1953 for which they were awarded the joint Nobel Prize in 1962 with Maurice Wilkins.

In 1962 the MRC sponsored a new building for the unit with the objective of providing a centre for realising the potential medical applications of this research. Built next to the newly-developed Addenbrookes' Hospital in South Cambridge, the creation of the new premises marked the coming together of four different research groups under one roof: Fred Sanger's from Cambridge University's Biochemistry Department; Max Perutz, John Kendrew, Francis Crick's team from the Cavendish Laboratory; Aaron Klug's from Birkbeck College and Hugh Huxley from University College, London. When the LMB opened it was led by Perutz and had thirty scientists. Today it accommodates about 100 scientists paid for by the MRC, 50 paid for by other sources and 100 students and visitors. From the start the LMB fostered a culture where scientists could easily exchange ideas. A key point of focus for the LMB to this day is its canteen where its scientists regularly discuss their work with colleagues informally over morning coffee, lunch and tea. Scientists are also encouraged to keep the doors of their laboratories open and share their scientific instruments and reagents freely. The LMB is the birthplace of many pioneering techniques in biotechnology, most notably methods for determining the three-dimensional structure of proteins and DNA sequencing. It is the site where whole genome sequencing was launched and monoclonal antibodies were pioneered. Since its beginning the work of the LMB has attracted 9 Nobel Prizes, shared between 13 LMB scientists, and many of its scientists have helped found successful biotechnology start-up companies.

Today the LMB is a major centre for translational research to improve diagnostic and therapeutic tools. In 2013 it moved to new premises on the outskirts of Cambridge close to the Cambridge Bio-Medical Campus. Costing GBP212 million, paid for in part from the royalties derived from antibody-related work at the LMB, the new building provides accommodation for 600 people, including 400 scientists and 160 support staff.

Click here for more pictures about Laboratory of Molecular Biology