Home to many breakthroughs in biotechnology, the University of California San Francisco played a pioneering role in the development of gene cloning and is at the forefront of stem cell research and regenerative medicine. 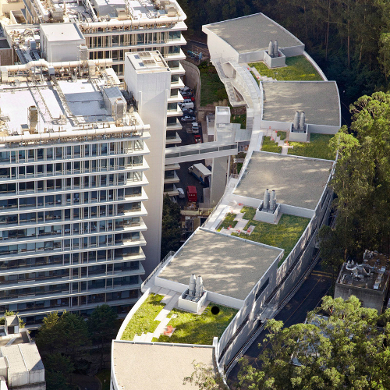 Today the University of California San Francisco (UCSF) is a major centre for biomedical science. Its origins can be traced to the 1870 amalgamation of the Toland Medical College, established in 1864 by the South Carolina surgeon Hugh Toland, and the University of California set up as a public university in 1868. UCSF is one of the top American universities for research into biochemistry, molecular biology, genetics, immunology and biomedical engineering. In 2008 the UCSF School of Medicine was ranked second largest recipient of research funds from the National Institutes of Health. The University has played a significant role in a number of biomedical discoveries. It is most well-known for the part its scientists played alongside Stanford University in the development of recombinant DNA which helped establish Genentech, the first start-up company dedicated to biotechnology and the development of the first genetically engineered drugs. In addition, its scientists were involved in research that helped pave the way to the development of anti-angiogenesis monoclonal antibody drugs, such as Herceptin and Avastin, which target the blood vessels that cancer cells rely on to grow. UCSF is also a major centre for stem cell research, notably embryonic stem cells, and has been at the forefront of research into HIV and AIDS.